When the Internet became a global phenomenon, there was an increasing need to style websites. CSS (cascading style sheets) came as a solution to web programmers who wanted to give websites a more appealing look. Today, CSS is a useful web design tool that helps describe the presentation of a web document coded in a markup language.

But how did CSS evolve to become what it is today? What informed the decisions behind its modifications and development? Read on to find out.

A Brief History About CSS

Hakon’s CSS proposal was successful when the W3C (World Wide Web Consortium) recommended the release of CSS1 back in 1996. Bert Boss also made an influential proposal for CSS1 that made him a co-creator of the cascading style sheets.

CSS came at a time when the worldwide web needed web style sheets. Since the beginnings of SGML (Standard Generalized Markup Language) in the 1980s, the W3C required style sheets to have different web sources.

Style sheet languages such as FOSI and DSSL failed to meet this criteria leaving adequate room for CSS to thrive. CSS allowed a webpage’s style to draw influences from multiple style sheets through a means of cascading styles.

The growth of HTML fostered the diversification of CSS, which went on to feature various stylistic capabilities that met web developers’ demands. With this evolution, designers had more control over websites’ appearance and the display of web content.

Tim Berners-Lee went on to develop a style sheet language browser/editor, which didn’t allow programmers to link style sheets to web documents. Robert Cailliau had an idea that could improve the web presentation capabilities of style sheets for them to support printing, editors and screen-based presentations. 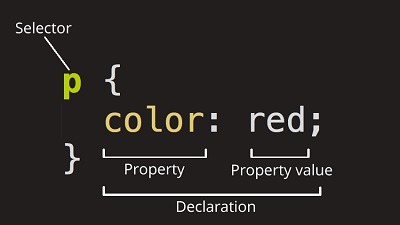 As web developers advocated for the improvement of the presentation capabilities of style sheets, there were none proposals for style sheet languages based on the “www-style mailing list.”

Bos and Lie later worked together to make CSS compatible with other markup languages.

Lie presented his CSS proposal in Chicago during the 1994 edition of the Mosaic and the Web conference before doing the same with Bert Bos a year later. After taking interest in CSS, the W3C organized a workshop that allowed Lie and Bos to oversee the advancement of CSS.

The HTML Editorial Review Board oversaw the development of CSS, the DOM and HTML. The board diversified to form three working groups (the CSS Working Group, DOM Working Group and HTML Working Group) in 1997.

The CSS Working Group focused on fixing issues that developers encountered with CSS1, leading to the launch of CSS2 on 4th November, 1997. The W3C officially recommended the use of CSS in May 1998.

What Changes Did Each CSS Level Introduce to the Worldwide Web?

The W3C ensured that each CSS level introduced new functionalities to websites. Programmers tasked to develop the style sheet language focused on fixing issues and meeting the ever-changing needs of web developers. Here are the features and functionalities that CSS1, CSS2 and CSS3 brought to the worldwide web:

CSS level 1 introduced background and foreground color images that allowed webpages to have custom user interfaces. The style sheet language also introduced font properties (such as typeface) and text support (which included letter and text spacing). With CSS1, web developers got to add padding and margins on webpages and align pages to their preferences.

CSS level 2 focused on building upon the properties of CSS level one. The style sheet language allowed for more dynamic content by introducing effects such as text shadow (which is currently obsolete) and hover. W3C recommended changes to CSS2 which prompted the creation of CSS 2.1 back in June 2011.

CSS 2.1 helped resolve the bugs and issues that CSS 2 had. Though it was more complex in structure, it allowed web developers to define multiple class names on specific elements. CSS 2.1 also allowed for parent-child relationships to exist in the markup language. It became influential in the web design world for introducing responsive design.

With CSS 2.1, web developers and designers could adjust font sizes and customize web pages to support different devices. Users could now access websites on aural, printing, viscal and braille devices thanks to this style sheet language. CSS 2.1 had its downsides that led to the creation of CSS3.

With the introduction of CSS3, web browsers could now produce a wide range of stylistic effects that you could only achieve with image editing programs and creative HTML hacks. The style sheet language allowed developers to reduce the amount of code and image files on their sites. It reduced the load times and server requests for websites, which in turn saved bandwidth.

CSS3 is the CSS version that web developers and designers use today. It allows you to create modules with extended features and capabilities. With this style sheet language, you can add rounded corners, box shadows, text shadows, opacity and background gradients to your webpages. CSS3 also allows you to include animation on pages and save time when coding in JavaScript.

CSS is a style sheet language designed to allow you to separate content from its presentation using different fonts, colors and layout. With this type of separation, your website will be more navigable and flexible.

You also get to control the specific presentation characteristics and assign the same formatting to multiple web pages as a way of reducing complexity and repetition. When properly coded into a site’s markup language, CSS improves load speeds for BLOGS.