The last 10 years has made blogging a regular part of the world’s vocabulary no matter which language is being used. While you may still find people today who do not know what a blog is, the majority of computer users are very familiar with the term.

The modern day blog came about through a long winding road that utilized technological advances as they occurred to upgrade and change their look and style. To learn about how blogs evolved since their inception, just continue to read our article. The story of the blog is quite interesting

The beginning and early years of blogs

Initially, the concept of a blog was restricted to limited communications on restricted networks. These networks were used first by government officials, the military and academics. Some times scientists used those early renditions of the blog to communicate their discoveries and ideas with fellow scientists in other universities around the nation. 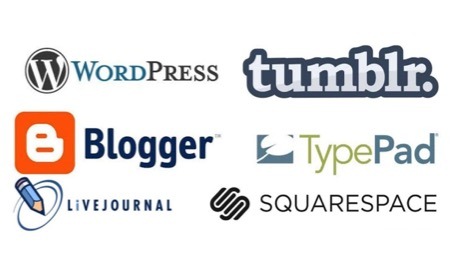 The content that was recorded on these networks was normally housed on a computer and it took some doing to access them. As electronic communication popularity grew, these networks gave way to message boards which made it easier for technologically savvy people to write little diaries, and other content about their lives for strangers to read.

The beginning contributors were Justin Hall, who is credited with writing the first blog in 1994, Claudio Pinhanez and Carolyn Burke. Their early work help draw the attention of others, including the media who documented these blogs for the next couple of years.

The blog’s ever changing format

Technology has a lot to do with the evolution of the blog. In the beginning there were few programs that would accommodate the writing people did as they became computer literate. When the technology improved to the point where blogs could be written, they had to be updated manually.

At that time there were no blogging programs in existence. This took a lot of time and the Ty Inc company is credited with creating the first business blog for their beanie baby toys. Computer literate people could create a reverse order to their online diaries by manipulating the early rendition of the HTML code through FTP software in real time.

This process made it look like new entries were made each day and each month those entries were archived with a menu, which also had to be manually updated.

As technology advance, easier methods of recording one’s thoughts online became available. These updates were designed to help those without technological interest or ability to write their thoughts and activities.

All of these updates are based on that original HTML concept that had to be manually operated.

The rise of the blog

This idea of recording one’s thoughts on the computer attracted a lot of attention. In those early years there were only a handful of people writing blogs. Then by 1999 there were about 23 blogs going full time.

Yet, even that scant amount of activity did not deter people from finding out how easy blogging was and jumped on the bandwagon. So many people got attracted by this concept that by 2006 or 07 there were roughly 50.000,000 blogs on the internet.

This growth was spurred by the many how to articles and detailed guides that started to populate what was then the World Wide Web. Today, these meta-blogs, as these how to guides are now called, are some of the more popular blogs you can read.

Most people may think that blog opportunities like WordPress have always been in existence. This is into the case as WordPress became a reality in 2003. there were other earlier blogging portals that paved the way for the founders of WordPress to make their mark on the internet and its use.

In the beginning, Usenet, GEnie, Byte Information Exchange (BIX) and the early CompuServe, e-mail lists,and Bulletin Board Systems (BBS) were the forerunners for people who wanted to document their lives and let others read their words.

From there Boing Boing, Dooce, Gizmodo, Gawker, Wonkette, and the Huffington Post, along with WordPress started their own blogs and help spur the growth of this internet industry. Then Technorati was the first major blog search engine while Audio blogger became the first to offer podcast services.

Videos were placed online a year before YouTube was founded and probably provided the inspiration for its founders to get on this fast moving technological train. Then because people need to make money and advertise AdNet was created. All of these companies started before 2005.

By 2005, it was estimate that 32 Americans were reading blogs and news organizations of all stripes saw the future and started their own blogs or teamed up with the then current blogs to help get news or get the news to the people.

There seems to be no end in sight as to how the blog will evolve. By 2007 Tumbler started the microblog movement made more popular by Twitter. Also, blogging was given a shot in the arm when social media websites started to dominate the internet.

Vlogs, or video logs, and podcasts have upgraded immensely over the years as technology has found new and better ways to transmit images and sound over the airwaves. There seems to be no end to what can be done through simple blogging. There is still room for more growth.

For those not in the know, a blog site and a website are not considered the same thing even though they use the same format and are terms used interchangeably. One defining difference between the two is that a blog is updated far more frequently than a website is.

New content is added to a blog a lot faster than to a website. Blogs are often a part of websites but websites are rarely a part of a blog.