A Google penalty refers to a punishment against a website for going against the Google webmaster guidelines. A Google penalty means that the ranking of your targeted keywords drops drastically or your website is no longer ranked for those keywords at all.

“When Google penalizes your website, your target audience will not find it in the organic results.”

Google penalties can come in two forms. The first one includes a manual action where a human reviewer looks over your website and issues a penalty for violating their Google policies.

The second one comes from its Google ranking algorithm penalty where the website ranking is affected based on updates made to the Google search algorithm. With this kind of penalty, there was no manual action by a Google employee, meaning that the algorithm penalty cannot be lifted during a manual review.

Google has seven major algorithm penalties including the pigeon, which is our main focus today. So what exactly is the pigeon penalty and how will it impact your website?

What is the pigeon Google Penalty?

Released in July 2014, the pigeon Google penalty was meant to increase local listings in Google. This algorithm update was designed to favor local business owners as it allows them to create awareness about the services or products they offer to make it easy for the local customer to locate their businesses.

One of the main purposes of the pigeon update was to connect their local algorithm deeply to their traditional algorithm. The new algorithm emphasized more the need for local businesses to have a strong online presence to compete with large well established businesses.

This means that local businesses that were previously overpowered by large, well-established corporations benefited from this update because it improved their online presence.

Another major change that the pigeon update made is ranking websites based on business distance and location. The pigeon update enabled Google to calculate local business locations and distances accurately.

This means that businesses that are closer to the location of the searcher rank higher on local search engines compared to those that are far away from the searcher.

Map boundaries were redrawn to a narrower radius, meaning that businesses that found themselves outside the radius in which they were the previous ranking started recording poor ranking on local search engine results pages.

Another major change brought by the pigeon update was the loss of the 7 pack local results that were popularly used when a searcher had a local intent like “web designer in Ipswich”.

How to avoid pigeon Google penalty 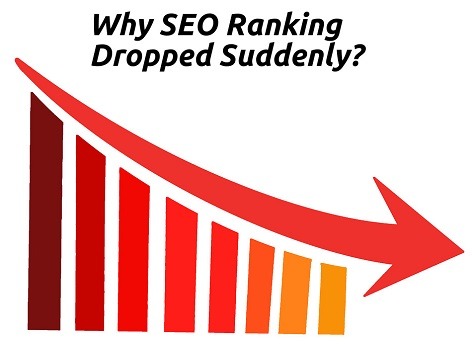 Unlike manual action where the website is reviewed by a Google employee and penalized for violating Google webmaster guidelines when your website takes a hit as a result of the algorithm change, it does not necessarily mean that you have done anything wrong.

This means that when you comply with the pigeon update, then your website ranking on the local search engine may improve. Below are tips on how to avoid the pigeon Google penalty.

One of the best ways to avoid the pigeon Google penalty is by using white hat SEO tactics that have been tested and proven to be effective. People who use black hat SEO are more likely to get penalized by algorithm updates like pigeon.

Remember that the main reason why Google releases algorithm updates is to improve the quality of the search results that users get. So, when you use verified SEO tactics to optimize your site then it is less likely to be affected by the pigeon Google penalty.

pigeon Google updates are not explicitly stated anywhere, meaning you cannot check for them. If your website is penalized for a pigeon update, the best thing to do is check if the update resulted in a drop in your ranking and if yes, learn more about the update to identify the adjustments you need to make to comply with the update.

The time taken to return your website to where it was depends on the extent the website was misaligned with the update. It is also important to note that the changes that you will make on your site may or may not lead to the restoration of your traffic and ranking.