Did you know that hummingbirds can fly backward and that their name comes from the sound they make when their wings flap fast? The hummingbird has many outstanding features with their unique way of flying.

It is no wonder Google chose to name its search algorithm after it.

Google Hummingbird was not just any update. It was a complete overhaul of how search engines worked. So, rather than only focusing the attention on a single keyword, the algorithm made it easy to feature human-like results on search queries.

Wondering what we are talking about? Keep reading to learn more about what Google Hummingbird is, its features, how it works, and how it affects the results of search queries.

What is Google Hummingbird?

Google Hummingbird might as well be the most significant change Google ever saw since 2001. The algorithm, which borrows its name from a hummingbird, was launched in 2013. The name is symbolic of the improved accuracy and speed of search queries.

The code, written from scratch by Google developers, gave a deeper understanding of the searchers’ intent. This way, the queries matched with the most relevant results on the internet.

In previous algorithm updates like Google Panda and Google Penguin, users reported a drastic loss in traffic and rankings in SERPs.

However, the Google Hummingbird version did not have such effects. On the contrary, the general web saw a positive influence on accuracy.

This means that instead of only showing results linked to the keyword, the algorithm considered the context and meaning of a search query. Moreover, the algorithm focused on the content of an individual page. 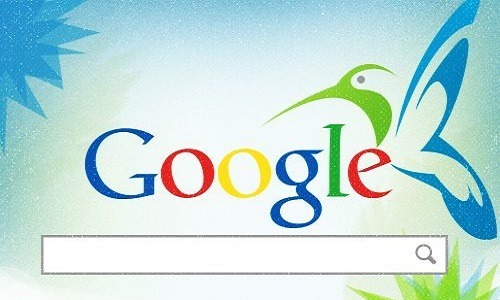 Consequently, users got more straight answers on particular web pages rather than landing on the website’s homepage.

The Google Hummingbird algorithm also looks at the authority of a page and sometimes the author. This meant that a result page would be more relevant rather than matching a few words.

Therefore, the more traffic a page has, the higher it ranks, and Google uses this information to lead its users to the specific page with the results they are looking for.

How does Google Hummingbird affect SEO?

Take note that keywords remain to be very important in SEO. However, Google Hummingbird made it possible to include long-tailed keywords and added to their strength. As a result, writers could write high-quality and relevant content and have their long keywords.

Since Google Hummingbird catered to optimizing the content instead of keywords, users could also use synonyms.

Also, page authority became a crucial part of SEO. This meant that a page with more authority would rank better in SERPs.

In this regard, writers could not use more technical web features like page linking, HTML tags, and URL addresses to improve their ranking.

With these guidelines, result pages became more relevant. Most importantly, users could still find your page, even when they used similar words or themes.

Note: Everything that applied for SEO in Google Panda and Penguin still applies. So, despite the human nature of the algorithm, you should continue to build on your technical SEO, share value and high-quality content and place your keywords strategically.

How does Google Hummingbird work?

As mentioned, Google Hummingbird was an overhaul. After fine-tuning previous updates, Google developed a solution focused on the user experience.

The new algorithm focused on user intent. The algorithm aimed to decipher the contextual meaning of search terms and present the best results to the user. So, instead of keyword searches, Google Hummingbird worked on semantic searches.

This way, word variations, general queries, synonyms, and natural language were necessary for ranking. Although the short-tailed keywords would remain the same, websites with long-tailed keywords also got a chance to rank high in SERPs.

Previously, a search query like “ Best steak restaurants near me” would have everything related to steak, restaurants, and recipes. Back then, you could even come across a show named The Restaurant, which has nothing to do with your search.

Now, with Google Hummingbird, your search intent is clear, and you only get a result of restaurants that serve steak near you if you allow Google to ping your location. Now, the algorithm matches the search query with the most appropriate answer beyond the meaning of individual keywords.

A significant change that came with Google Hummingbird is the ability of Google Search to provide a Q&A forum for queries. The algorithm made the search engine more conversational by answering question-based queries in a few statements.

The answer to such questions could not be relevant when the search engine focused on specific terms. Instead, the algorithm needed to focus on the entire statement, analyze it and provide an appropriate answer. The Google Hummingbird update, with its improved features, could now answer these conversational questions, which is what Google was aiming to do.

The takeaway from the introduction of Google Hummingbird was to focus on your clients. Your searchers are your clients. So, the better their experience on your website, the more traffic you will get and the higher your rank in SERPs.

And the more people see your webpage; the more money advertisers will be willing to pay you for their products to show on your website.

Semantic search introduced by Google Hummingbird was revolutionary to the world of SEO. User experience improved by having the search engine consider a broader search query context.

The mastery of the semantic search shown by google is why SERPs now have better results related to your entities, allowing users to view linked pages.

If you are trying to improve your SEO, Google Hummingbird makes it easier by allowing you to use a natural language and long keywords while following the SEO rules that you know.