Hypertext Markup Language (HTML) is a popular language used to create web pages and applications. Initially, it was designed to be used by physicists for collaborations and sharing of their work online. It was founded in 1993 by Tim Berners and is now a top markup language for creating webpages.

Since its inception, HTML has undergone a tremendous evolution, evident in its newer versions. In the 2000s, the most used version was HTML 4.01. There is also another version called XHTML; it is a rewrite of XML language. XML is a markup language used to create other markup languages. 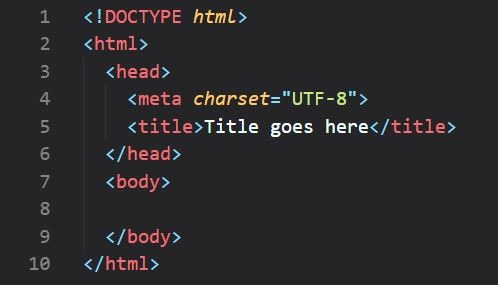 There are hundreds of XML languages such as GML, MathML, and RSS, and they were all created in XML. Since they share the same language, one can easily share their content across different platforms, which makes XML very strong and powerful language.

Therefore, it was no surprise when W3C created XHTML, another XML version of HTML, in 2003. It comes with stricter rules than HTML, but they are similar.

Introducing stricter rules in XML applications was necessary to ensure interoperability with different applications. Most of the web pages today were created using XHTML 1.0 or HTML 4.01.

WHAT and W3C also collaborated to develop the latest HTML version called HTML 5, which is compatible with many web browsers and web-enabled devices.

It was released in 2013 and is viewed as the future of HTML by both beginner and experienced web developers.

The first version of HTML was known as HTML 1.0, and it was used from 1989 to 1994. This was a limited version which only contained 20 elements. Less could be done with these elements, and most webpages looked similar due to the inability to change many things such as page background, fonts, and tables.

This version was created in 1995 and features significant improvements to HTML 1.0. This version becomes the official set of HTML standards, and it’s the base upon which browsers were measured until HTML 3.2.

This version also allowed users to change the text color, page background, text face, use text boxes and tables, etc.; at around this time, the World Wide Web Consortium was created, whose role is to create web standards. Also, unlike its predecessor, it supported more browsers.

Challenge after the introduction of HTML 2.0

After HTML 2.0 was created, people began to wish for HTML that could handle more tasks. Netscape company had a browser called “Netscape Navigator,” and since there were many HTML users’ demands, they decided to introduce new abilities, and one of them as “Netscape Extension Tags.”

Many other browsers tried to introduce these tags, but they could not match up that of Netscape. Therefore, the webpages created using the Netscape extension looked pretty bad in other non-Netscape browsers.

The creators of this markup were very confused and irritated, and they decided to work on a newer version.

More people were now getting into the development and use of HTML, and while the previous features gave some abilities to web designers, they wanted more tags, design elements to improve their sites. This version resulted mainly after the Netscape extension tags blur that caused irritation among many developers.

HTML version 3.0 comes with many new and improved abilities and gives web designers more versatility when designing their pages. But the problems were not compatible enough with these new changes, and it left out some. This failure was mainly attributed to the overhaul’s size, and so, the development of this version was abandoned.

The developers also agreed that they would do any future improvements in stages or with modularity. That way, it would be easier for the browser companies to adapt to the new changes.

The challenge of browser-specific tags was not going to end soon, so the developers had to find a new standard. Therefore, the World Wide Web Consortium (W4C) was founded in 1994 to develop HTML language standards and ensure it moves in the right direction. The first work after this change was called “WILBUR” and later changed to HTML 3.2.

Dave Raggett set the new standards for the launch of HTML version 3.2. he introduced a draft or fresh paper on HTML and improved other software features, which made it more versatile and powerful for anyone looking to design a web page. However, these improvements made some browsers slow. Additionally, it introduced applets, subscripts, superscripts, and text flow around images.

HTML 4.01 was created in 1999 and comes with cascading style sheets or CSS. CSS is an important design feature that allows the creation and altering of aspects such as color, backgrounds, and fonts. Also, unlike other earlier HTML versions, these aspects are separated to make webpage design a breeze. This HTML version was also successful and was just used before the current version of HTML 5.

HTML 5.0 is the most popular version used to design millions of web pages across the world. It is an extended version of HTML 4.01. This version can even write web applications without an active internet connection, tell websites your location, handle HD videos, and produce incredible graphics.

It’s also on the evolution process constantly and is compatible with top browsers like Chrome, Safari, Firefox, internet Edge, and Opera.

Looking at HTML 5.0, it has undergone many changes, and there are new features and functionalities, unlike the first version, whose webpages looked similar. Also, W3 Consortium and CSS have been developed, and the browsers support more features. You are almost limitless on what you can do with HTML on your website.

Also, since there is a consortium that controls the rules, there is less confusion, and the program is also easy to use. HTML is also constantly progressing and adapting to newer technologies, so as time goes by, it will continue to advance, which is an advantage to users.

HTML has undergone many changes from its first version to the current version, which has countless tools for anyone looking to design a website.

HTML 1.0 had few features, and web designers were limited in the features; therefore, most pages and websites looked the same. However, currently, it’s possible to produce a website for an Ipswich business with HD videos, extraordinary graphics, and impressive quality in different methods.