Using WordPress for your Ipswich business

In today’s world, people are constantly seeking information from the Internet. From news to fashion trends, the Internet has served as an arena for fresh and updated world news. In this arena, information has spread through social media networking sites, websites as well as blogging platforms. Social media is widely used, but it is not a known means for sharing journals and blogs.

For people who seek free means to share beneficial information and news like this, blog sites have been of great use to them. For either beginners or professionals, blogging has been an effective way to share news, entertainment or information of any kind.

If you are interested in building your own blog site and maintaining it for your Ipswich business, the blogging platform you can best use for this purpose is WordPress.
WordPress, which was established in 2003, started with very few users who use the site as a platform for typography enhancement.

WordPress started out of a yearning for a sophisticated and well-architectured publishing system for personal use.

Since that humble beginning till now, it has grown to be the largest worldwide blogging platform used by millions of people on millions of Internet sites.

A lot of people use WordPress to share global news, fashion trends, entertainment news, music and a whole lot more.

In fact, MIwebdesigns is built upon the WordPress Content Management System.

What makes them use WordPress aside from other blogging platforms?

WordPress is considered to be the leading blogging platform in the world, having a WordPress blog site is anything you can ever hope for to meet your blogging needs. You can customize your own page or site, and place anything you want for your viewers. It has plug-ins, themes and widgets available for your use.

WordPress was developed by the community who uses it and benefits from it. However, this blogging platform is associated with the company Automattic, which was founded by Matt Mullenweg.

The Evolution of WordPress

Now, WordPress has become the world’s blogging platform leader. With its exquisite design, essential and added features, it has now become the best through the value the community has put through it. Over the years, a lot of people have shared their opinions and recommendations as to how to make WordPress better.

WordPress has evolved and innovated according to the people’s needs and wants. Below, is the evolution of WordPress through its admin panel user interface changes.
v May 27, 2003- WordPress launch 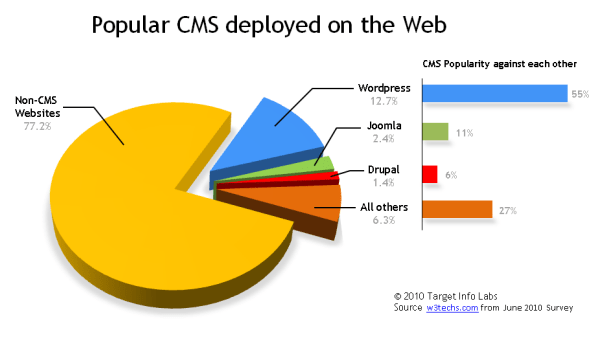 According to W3Techs which is a company that tracking the usage of Web technologies, 25% of all Websites use WordPress. According to this same source, WordPress is even likely to grow more to 29.5%

The Benefits of Using WordPress for your Ipswich business

You can download, install and mainly use WordPress for free; you can download themes and plug-ins without a fee. More Advanced Themes and Plugins will cost an additional fee. Since WordPress is also an Open Source project, you become a part of the WordPress community, which entitles you support from your WordPress mates. How cool is that?

Users can quickly learn how to use WordPress is because it’s user-friendly. In addition, WordPress also has articles designed for beginners so they don’t have a hard time learning the platform.

With its built-in updater, WordPress allows you to: update your plugins and themes, keep your information secure by making WordPress Backups automated and know if a newer version of WordPress is available.

4. It is search engine-friendly.

WordPress is search engine optimization (SEO)-friendly, which means it can be found with just a search since it appears at the topmost of search engines. You can also make your WordPress page SEO-friendly by having a WordPress SEO plug-in.

WordPress uses Sucuri to monitor security threats to ensure your data and information is safe and secure in this uncertain world of Internet.
With all these benefits WordPress offers, no wonder this blogging platform is the best and most recommended site for information sharing. Not only does it update its site according to the community’s needs and wants, it always makes sure that its users are highly satisfied with the platform. Truly, WordPress is the best!